Alaska Governor Michael J. Dunleavy visited North Pole Alaska on Saturday, July 27th to speak at a ceremony honoring public servants that have lost their lives while serving the residents of the Fairbanks North Star Borough. Fallen Alaska State Troopers and Military members were among the names added to the memorial. Those honored were employed by the city, borough, state, federal government or military when they were killed. 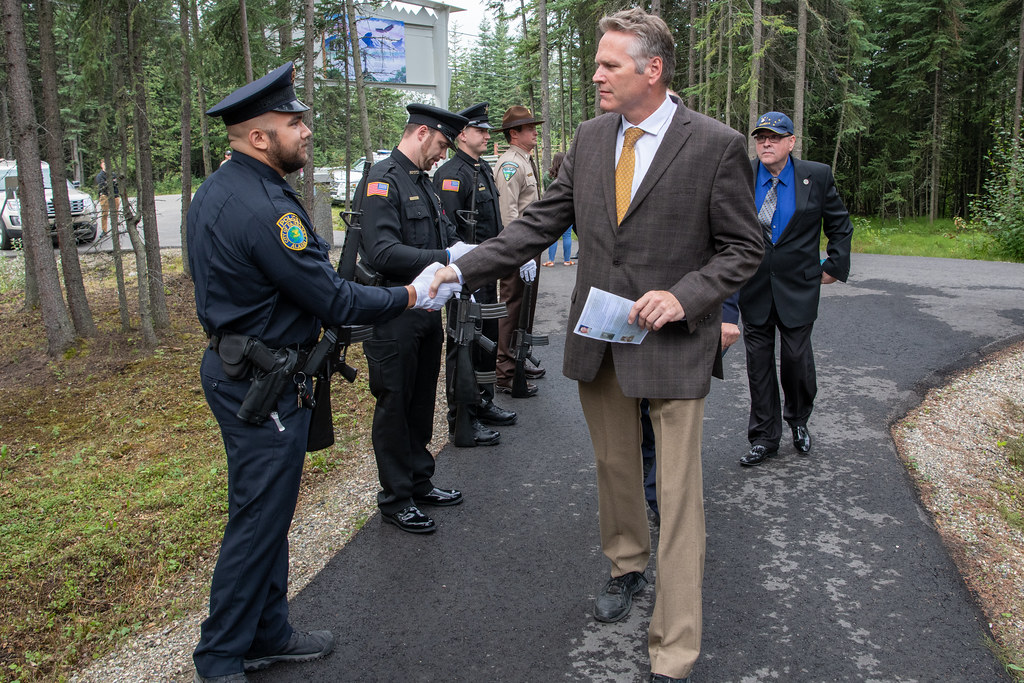 The names added to the memorial wall this year are: