On FirstHand, the podcast, Joel Hard says VPSOs are so critical to public safety in villages, that he could not have done his Trooper job without them. Now he’s determined to rethink the program so VPSOs can continue to provide a culturally-sensitive public safety presence in villages, and villages can have a voice in what they need. 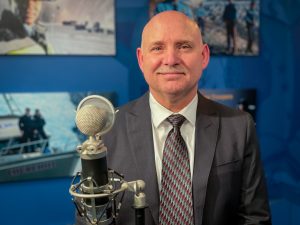 Listen to Joel Hard’s full interview on FirstHand, the podcast.

VPSOs are not State employees but are funded through legislative appropriations to 10 nonprofits. More than 250 villages in 10 regions of Alaska are eligible to have a village public safety officer. Some 52 villages do have VPSOs. At the height of the program in 2013 there were more than 100 VPSOs. Director Hard said restoring the number of officers is a start.

In his proposed FY 23 budget, Alaska Governor Mike Dunleavy proposed $2.9 million for adding 10 VPSOs, and a $7/hour raise for officers over three years. Director Hard said Governor Dunleavy is helping to address the problems that have been eroding the program for years.

Director Hard told FirstHand, the podcast about the need to address the hiring and retention problem. “These people hired under the statute right now are oftentimes all by themselves in the village, and that’s an employment model that never made much sense to me as a State Trooper,” Hard said. “We don’t typically put people in small places all by themselves and ask them to do a job 365 days a year, 24-7, that’s a big burden.”

A lack of funding for housing is part of what’s not working, he said. Hard said he would like to loosen the governing statute, improve the training flexibilities for VPSOs, create more flexibility in the program and then ask the regions, what does public safety look like for you.

Hard wants to present an abbreviated form of Senate Bill 81 and move regulations to support the program and VPSO housing to attract the right people for the job. And he said he wants to listen “hard” to what the villages and regions want in public safety. About 24 new applicants have recently progressed through the background process, he said.

“They’re the road map for dealing with people, they’re the road map for trying to get from one place to another. They’re giving you the intelligence of who’s on what river watershed in a subsistence activity … I can’t imagine how much wasted time I would have had if I had not had that kind of shepherding from somebody knowledgeable in that village or region,” Hard said.

You can also listen to FirstHand, the podcast on: