You are here: Home / Press Releases / Governor Proposes Suite of Bills Designed to Drive Down Crime, Protect Alaska’s Most Vulnerable

January 23, 2018 (Juneau, Alaska) – Alaska Governor Michael J. Dunleavy today introduced a suite of crime-fighting bills to repeal and replace SB91 and close a series a loopholes that have allowed criminals to prey on Alaska’s most vulnerable. The package represents the next step in fulfilling a promise made to repeal and replace SB91, which took away critical discretion from judges and eliminated tools for prosecutors and law enforcement to properly respond to Alaska’s crime wave.

Alaska continues to have unacceptable rates of sexual violence.  We must strengthen our laws to hold sexual predators accountable for their actions. The bill:

SB91 reduced classifications and sentencing for numerous offenses, including drug trafficking, burglary and other predatory crimes. The bills works to:

The ‘catch and release’ system that has emerged in Alaska must end.  We need to make sure that judges are releasing people on bail in a safe and secure manner, while also making sure those who violate bail are going back to jail. This bill:

Governor Dunleavy has also introduced legislation to strengthen the tools necessary to address those probationers who abscond from Alaska or otherwise violate probation. The bill:

As detailed in the Governor’s State of the State Address, everyone in Alaska has been affected by crime. Over the past 5 years, crime trends in Alaska have skyrocketed and our rates of sexual assault are the highest in the nation. 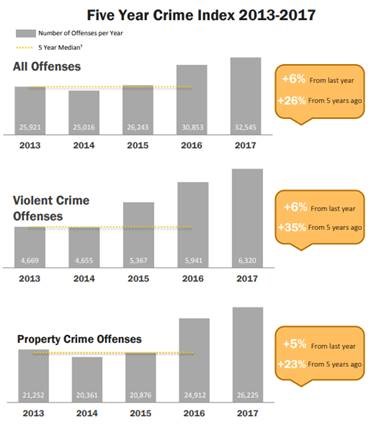 Key Quotes on Crime from the Governor’s State of the State Address: