February 28, 2019 (JBER) – Alaska Governor Michael J. Dunleavy welcomed President Trump to Alaska today during a refueling stop at Joint Base Elmendorf-Richardson. Governor Dunleavy accompanied President Trump throughout his visit, which included a 20-minute address to Alaska-based troops and a private meeting aboard Air Force One.

“Alaska has a remarkable friend and advocate in President Trump,” said Governor Dunleavy. “He clearly recognizes our geographic value and the strategic role Alaska serves in the defense of our nation. He understands our many challenges, particularly as we work to turn around the economy, bring our resources to market and open Alaska for business. And he values the notion that more government isn’t the answer to our problems, it’s often the source. I thank President Trump for publicly declaring his support for Alaska and for doing his part to get the federal government out of the way of Alaskan opportunity. From issues like ANWR to his immediate help with the November 30th earthquake, the President has made it clear that Alaskans and Alaska’s success is a top priority.” 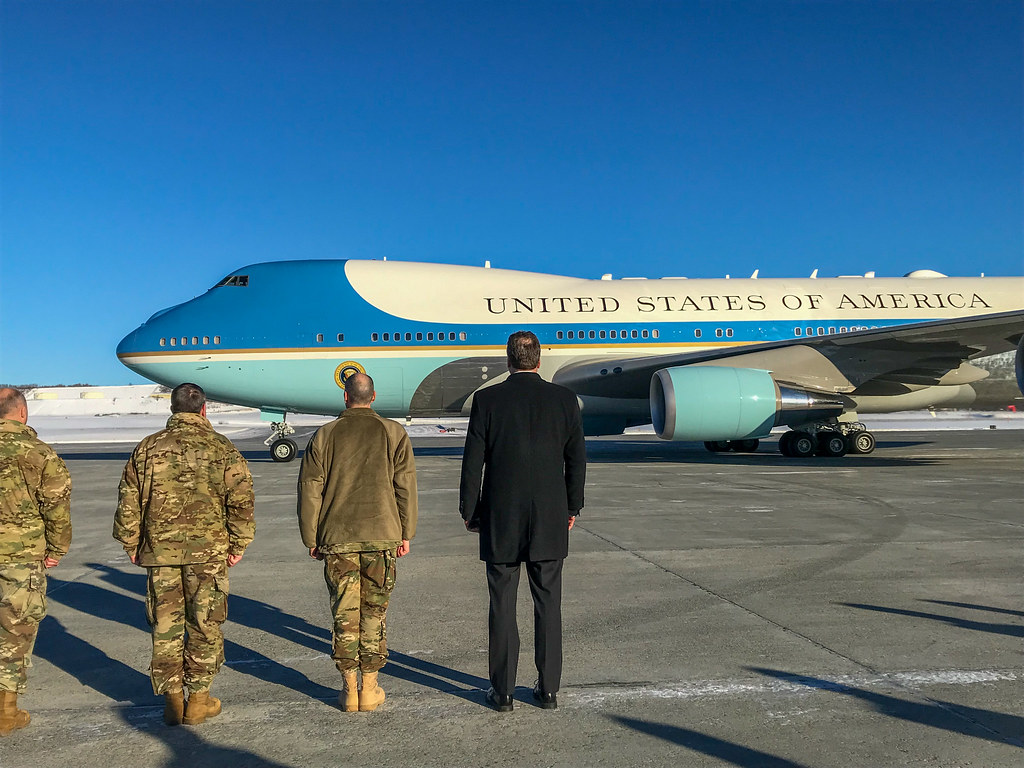