Governor Dunleavy visited the center to personally thank SEOC staff for their service to Alaska during and after the November 30 earthquake. The SEOC executed the state’s emergency operations plan and oversaw earthquake response and recovery efforts in partnership with federal agencies.

“Within hours after the earthquake hit, I spent the rest of that day at the center and was so thoroughly impressed with how well the center and its staff functioned during an emergency,” said Governor Dunleavy. “It absolutely solidified my confidence in the state’s emergency response capabilities and the exemplary capabilities of our state employees.”

The visit was capped off with a tour of the Alaska Military Youth Academy and lunch with the cadets. The Governor urged them to look at the new year as an opportunity for positive change and to stick with the program that has helped turn around the lives of so many young Alaskans. 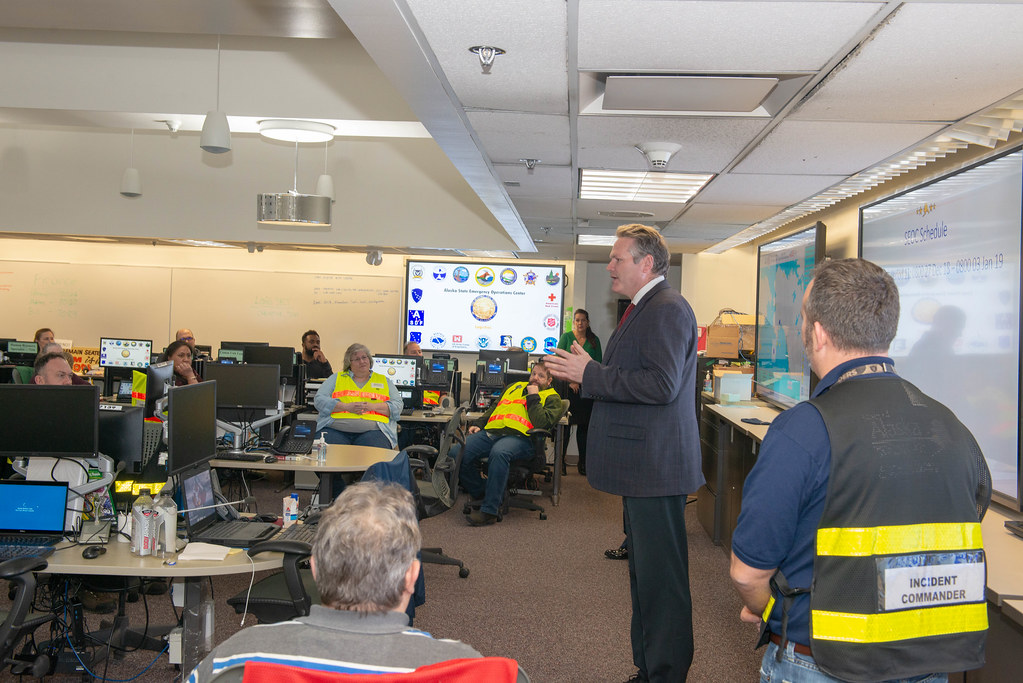 Photos from today’s events can be viewed and downloaded here: https://www.flickr.com/photos/govdunleavy/albums/72157675063656957