Thursday, December 13, 2018 (Anchorage) – Governor Michael J. Dunleavy sat down with President Donald Trump this morning at the White House to discuss a wide range of issues important to Alaska. The meeting was held with 12 other newly elected state and territorial governors from around the country.

“We have a strong partner in the Oval Office,” said Governor Dunleavy. “The President understands that Alaska is America’s natural resource warehouse. Our state’s vast reserves of energy and minerals can power the nation’s economy, creating new jobs, prosperity for Alaskan families and, new revenue at the state and federal level.”

“Next month will mark the 60th anniversary of statehood and Alaska is still waiting to receive all the land it is entitled to under the Statehood Act. It is time to complete the transfer of land, so Alaskans can have access to the land and decide the best uses for it, not the federal government,” said Gov. Dunleavy. 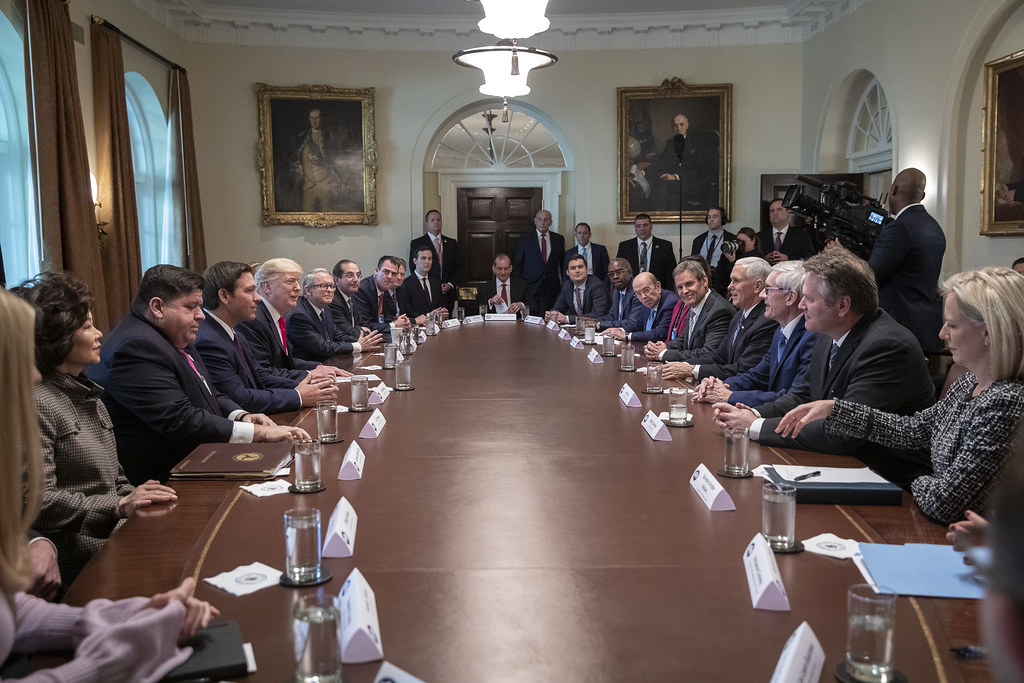