Friday, July 19, 2019 (Juneau) – Today Alaska Governor Michael J. Dunleavy signed into law House Bill 14, legislation to close the final gap in the ‘Schneider Loophole’ that allowed for a heinous act of violence to be met with little consequence. HB 14, sponsored by Representative John Lincoln of Kotzebue, classifies the act of ejaculating on a person without their consent as a sex crime, and recognizes the serious nature of strangulation to the point of unconsciousness by classifying the act as first degree assault, including it in the list of aggravating factors for sentencing. 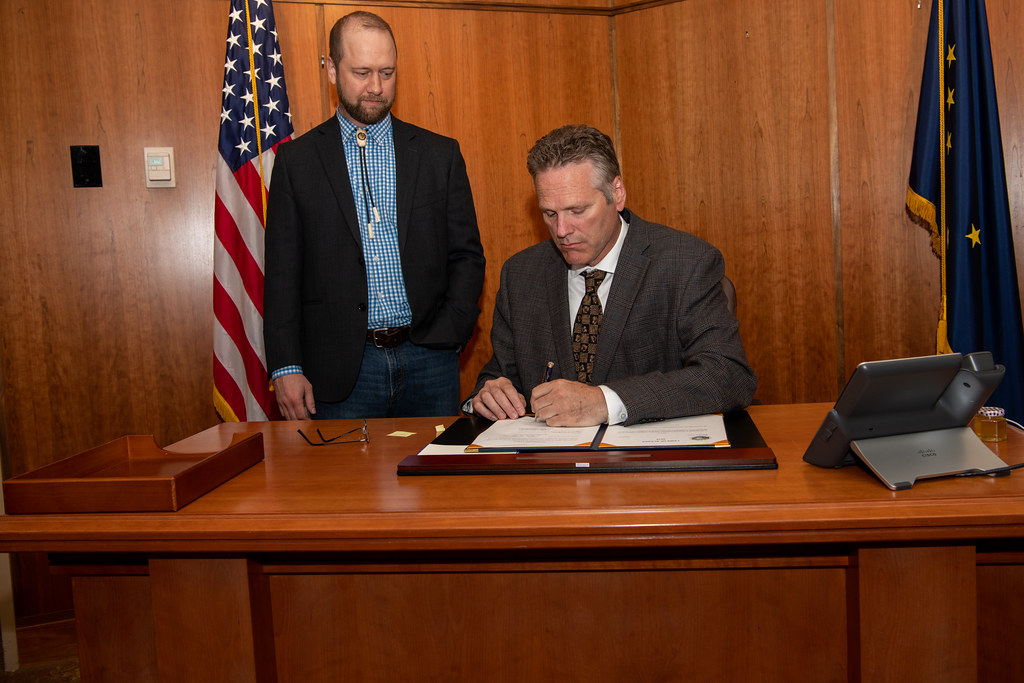 “The Justin Schneider case shocked our entire state and was a driving force in Juneau to not only fix the ‘Schneider Loophole,’ but also review all of our criminal justice laws to ensure that consequences match the seriousness of the crime. As I’ve said before, we will no longer cater to criminals and ignore victims,” said Governor Michael J. Dunleavy. “I am proud to sign this legislation today, so that in the event of another crime similar to the Schneider case in Alaska, there will be consequences. Alaska’s sexual assault rate is out of control, the highest in the nation, and we now have another tool to address the rate of sexual assault in our state.”

“I am happy to see the changes in HB 14 enacted. As the state with the highest rates of sexual assault year after year, too many women and children are denied the justice they deserve,” said bill sponsor Representative John Lincoln of Kotzebue. “This legislation better protects our loved ones by holding more perpetrators accountable for their crimes.”