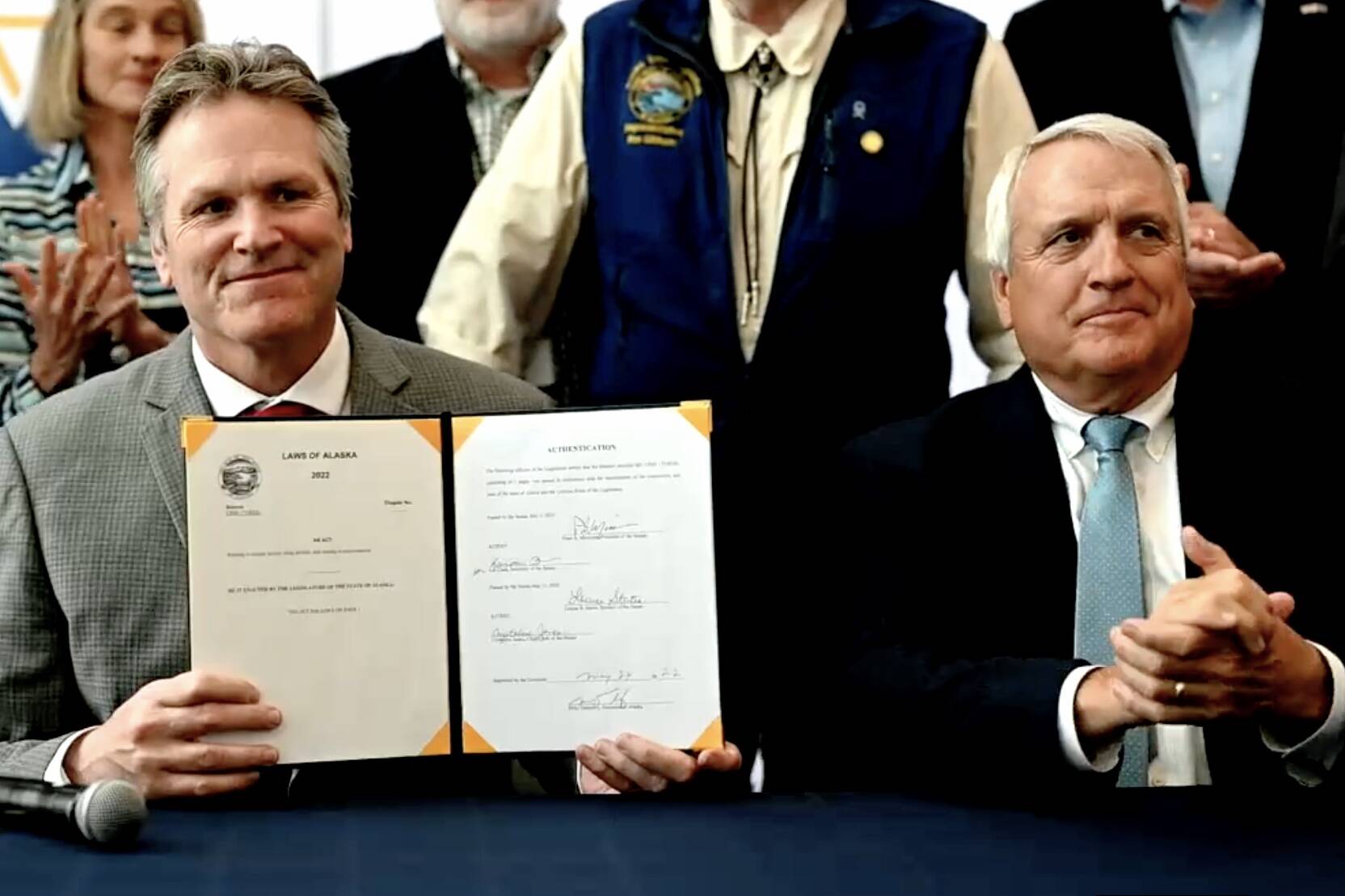 Alaska Governor Mike Dunleavy gave opening remarks this morning at the first Alaska Sustainable Energy Conference, a three-day event where some 90 speakers and a total of nearly 500 attendees are meeting to strategize on how to lower energy costs in Alaska, harness renewable energy, and make Alaska energy independent.

“This isn’t about an either, or, this is about an all-in approach on energy sources,” said Governor Dunleavy. “We’re talking about various types of energy, everything from nuclear, tidal, wind, solar, geothermal, hydro, and hydrogen will be a part of robust conversations and panels here at the conference. As well as natural gas as a bridge to get there.”

Governor Dunleavy held a press conference with the first Keynote speaker, former Colorado Gov. Bill Ritter who addressed the audience with “The Past, Present and Future of our Energy Systems.” Ritter is Director for the Center for the New Energy Economy at Colorado State University. “A massive transition is taking place in our energy systems in the United States and around the globe,” said Gov. Ritter. Alaska has the opportunity to play an important role in this transition, with Governor Dunleavy and his administration as the primary architect. I’m happy to assist Governor Dunleavy in this effort in any way I can, on behalf of Alaska.”

Governor Dunleavy signed SB 177, a bill on microreactors, a factory-built system small enough to be transported by truck that typically generates 1 to 10 megawatts of electricity. One megawatt can power about 1,000 homes.

“Micro nuclear technology has a potential role to play in creating low cost, reliable power for communities, remote villages, and resource development projects,” said Gov. Dunleavy. “With fuel contracts at $16 per gallon or higher in some Alaska communities, we must pursue all means to reduce reliance on volatile energy sources.”

The bill will smooth the regulatory process for the siting of micronuclear reactors as the technology is proven through multiple studies now underway, including at Eielson Air Force Base and by Copper Valley Electric Cooperative.