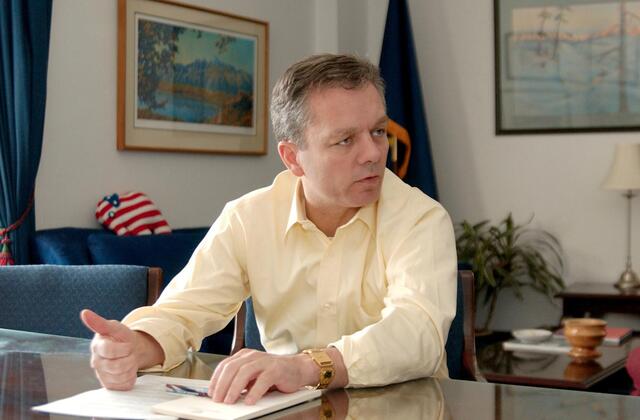 “Ben Stevens was a devoted public servant and a good friend of mine,” said Governor Dunleavy. “I will always cherish the time he was my Chief of Staff; his knowledge and political acumen were significant assets in my administration. Rose and I offer our prayers to Ben’s wife, Elizabeth, and the kids during this difficult time.”

Stevens was a member of the Alaska Senate during the 23rd and 24th Alaska Legislature and served as Senate President during his final two years in office. After leaving the legislature, he ran a tug and barge company before joining the Dunleavy Administration in December 2018, and served as Chief of Staff from July 2019 to February 2021. He most recently worked for ConocoPhillips Alaska as Vice President of External Affairs and Transportation.

His contributions to Alaska extended well beyond public policy. He served as President for the 2001 Special Olympics World Winter Games, which became the largest international sporting event in Alaska’s history. He was also a lifelong hockey player and fan and was the Chairman of the UAA Seawolf Hockey Alliance.

“The Ben Stevens family is deeply grateful for the love and support that we have received since Ben’s passing,” said Elizabeth Stevens. “We invite Ben’s friends and other Alaskans to join us in commemorating his life and legacy.”

The Stevens family is inviting the public to attend any of the three memorial events in Anchorage:

Governor Dunleavy has ordered that Alaska and the United States flags fly at half-staff sunrise to sunset from Thursday, October 27 to Saturday, October 29 in honor of former Senate President Ben Stevens.