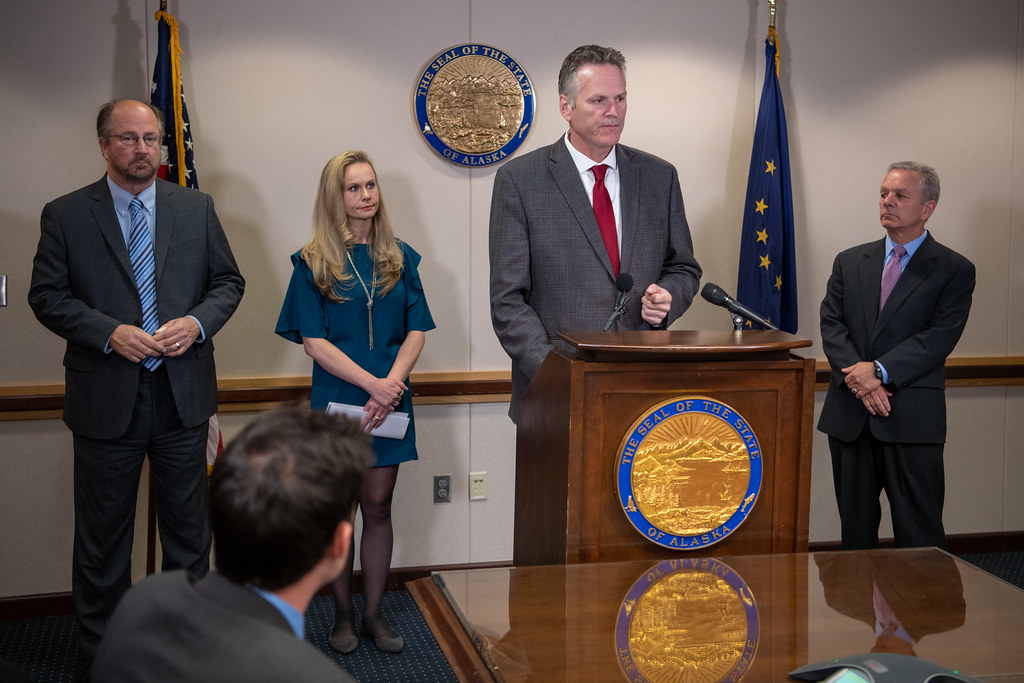 Governor Dunleavy made the following remarks on the Senate District M appointment click here to watch:

“We believe that Representative Revak would make a great Senator, and we’re hoping the Senate considers his confirmation and confirms Representative Revak. He worked with Congressman Don Young – and Senator Dan Sullivan as well – spearheading veterans issues. I think that his honesty, his integrity, his talents, would serve that district well.”