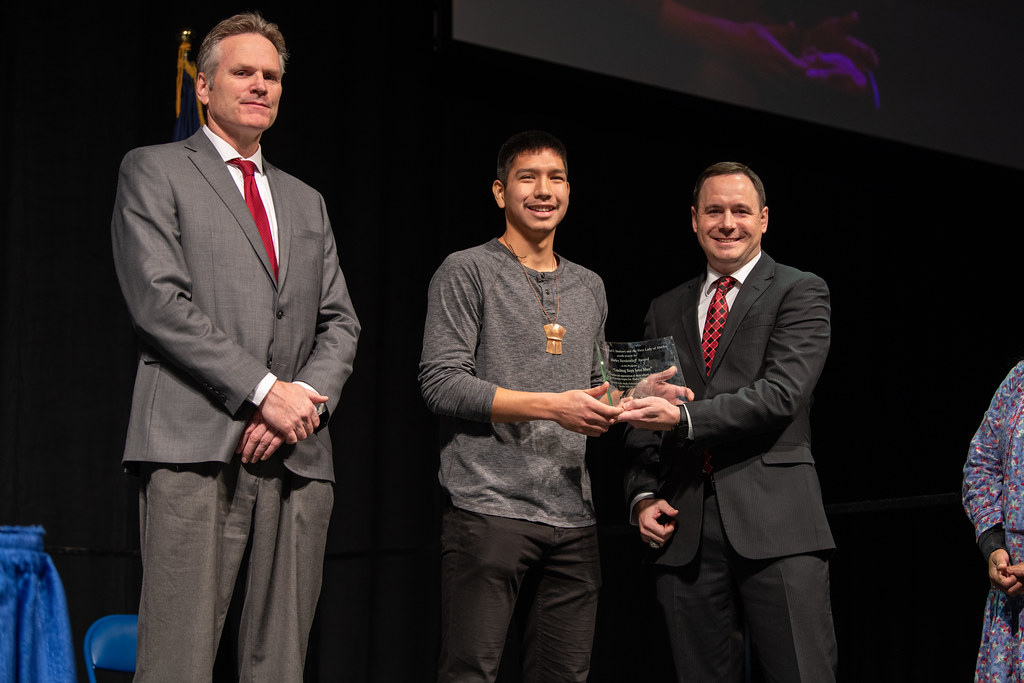 Coaching Boys into Men is a national program that has been implemented in many of Alaska’s schools by encouraging athletic coaches to have meaningful conversations with their student athletes about respect, integrity, and nonviolence.

“If Alaska will ever turn the corner on our horrendous rates of sexual assault and domestic violence, we must begin training and teaching our youth that these behaviors are unacceptable,” said Governor Michael J. Dunleavy. “The First Lady and I were impressed by the successes that Coaching Boys into Men have demonstrated in the communities that it has been implemented, especially those in in rural Alaska. We hope by shining a light on this program, more coaches and athletic directors will begin to implement it in their High School sports programs.”

“When Mike and I began looking for a worthy individual or program to award the Shirley Demientieff Award this year, we looked for somebody or something that is focused on training our next generation of Alaskans to be respectful toward each other and themselves. We quickly discovered Coaching Boys into Men and the remarkable work they do in Alaska’s communities with our youth. It was an obvious choice,” said First Lady Rose Dunleavy.

The Coaching Boys into Men Program in Kake, Alaska was highlighted during the award presentation.

The Shirley Demientieff Award recognizes outstanding individuals or organizations who have worked to improve the lives of Alaska Native women and children.

Past recipients of the Shirley Demientieff Award include: