You are here: Home / Media / ? A Look Back: Governor Dunleavy and First Lady’s Trade Mission to Japan

? A Look Back: Governor Dunleavy and First Lady’s Trade Mission to Japan 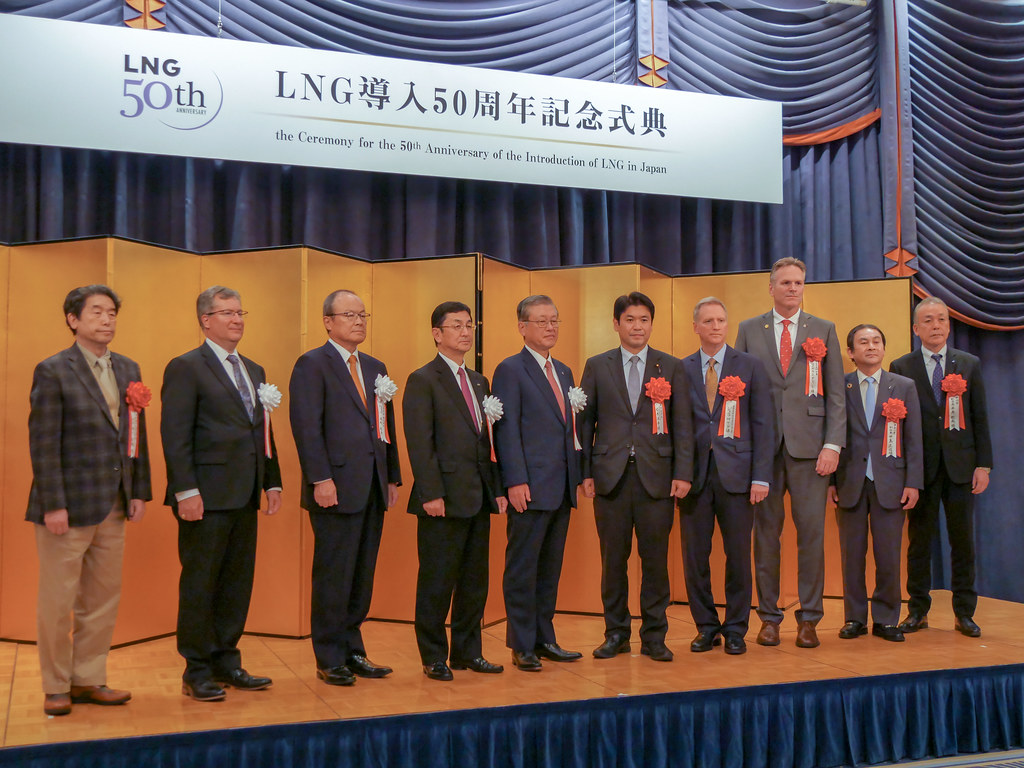 On Tuesday, November 5, Governor Dunleavy spoke at the Alaska Seafood Marketing Institute Seafood Trade Luncheon to an audience that included representatives from the major seafood companies operating in Japan and Alaska.

“Alaska’s fisheries management is the gold standard of sustainability, a model for the world over, and our healthy seafood will be available for your children and your children’s children, just as it will be for our own future generations,” said Governor Dunleavy. “The Alaska Seafood Industry and the State of Alaska wish to reaffirm our commitment to the Japanese market and look forward to continuing this long partnership.”

The Governor also pledged to work hand in hand with Alaska’s congressional delegation and trade representatives in the Trump administration to exclude Alaska seafood from the next phase of tariff negotiations to ensure that Alaska seafood is competitively priced with seafood from other nations.

This month marks a unique chapter in the history of both Japan and Alaska. In November 1969, the first shipment of Alaska LNG from the Kenai LNG Terminal arrived at the Negishi LNG Receiving Terminal outside Tokyo. Governor Dunleavy toured the receiving terminal on Wednesday, November 6 with executives from Tokyo Gas.

“The State of Alaska will continue to look at innovative and economic means to commercialize our vast quantities of North Slope gas, to provide cheap clean energy for Alaskans, to create jobs and strengthen the economy of not only Alaska, but our economic partners, like Japan,” said Governor Dunleavy. “For decades, Alaska and Japanese citizens, businesses, and our governments have formed relationships through cultural, educational, and economic partnerships. I would like to congratulate our economic and energy partners on 50 years of working together and my sincere wish for a continued prosperous relationship between your country and Alaska.”

Governor Dunleavy considered the trade mission to be a success and looks forward to continued good relations between Alaskans and the people of Japan.

Click here for more photos from the Governor and First Lady’s Japan trip.