Skip to content
Back to Top
You are here: Home / Press Releases / Governor Dunleavy Signs Crime-Fighting Legislation Into Law

July 8, 2019 (Anchorage) – Alaska Governor Michael J. Dunleavy today signed into law House Bill 49, a criminal justice reform package championed and ushered through the legislature by his administration. The legislation, which effectively repeals and replaces the failed SB91, addresses many of the gaps in Alaska’s criminal statutes and codes by strengthening sentencing for many felonies, giving discretion back to judges and the Parole Board, and making improvements to the “catch and release” bail system.

“Alaska’s crime statistics have gone through the roof as verified by the FBI and members of our own administration. Our property crimes are higher than most places in the United States. Our sexual assault rates are unspeakable. We have one of the highest murder rates in the country. But that’s going to change with the advent of this bill being signed today,” said Governor Michael Dunleavy at today’s bill signing ceremony at the Department of Public Safety Lake Hood Hangar. “This isn’t going to fix it all, this is just the beginning. This is going to allow the thin blue line, Troopers, corrections, local police, all of law enforcement- it’s going to give them the tools to catch these criminals, hold these criminals, prosecute these criminals, and sentence these criminals.” 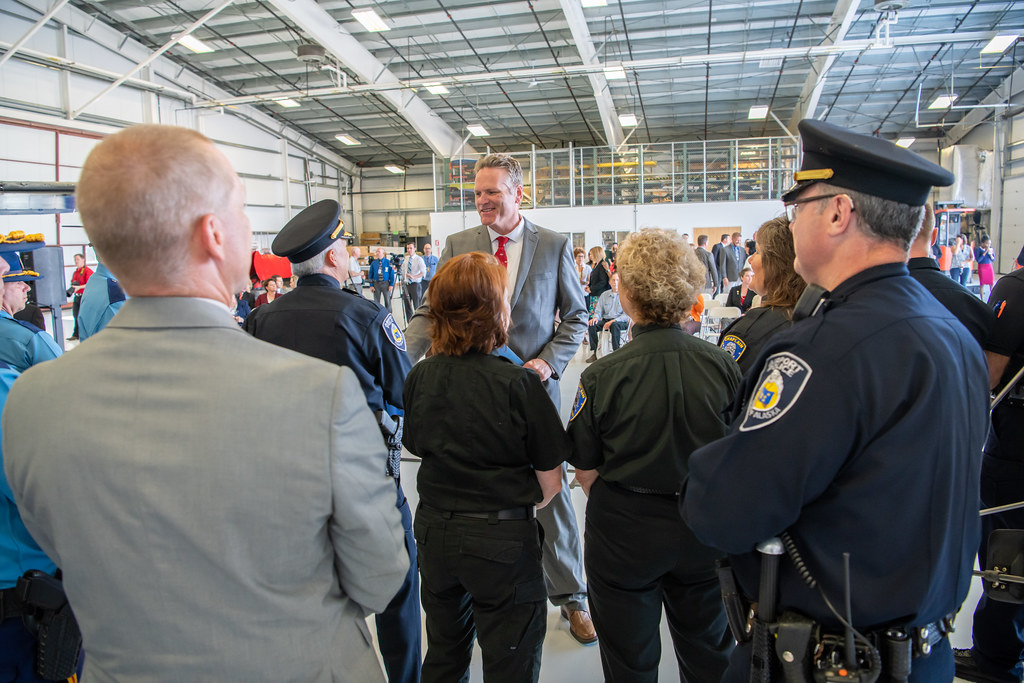 “To the criminals, I mentioned this in the state of the state speech: this is not your time, and this is the time to get out of the state. With signing this bill, we’re serious. If you’re going to try any prey on Alaskans we’re coming after you, we will prosecute you. If you hurt Alaskans, if you molest children, if you assault women, we’re really going to come after you. This has got to end,” said Governor Michael Dunleavy. “I want to thank everyone that worked on this bill, this was a huge effort by stakeholders across the spectrum, folks of the administration, but also folks in the legislature. I want to thank each and every legislator that worked on this bill and voted for this bill. Through your actions, Alaska is going to be a much safer place going into the future.”

“From the Department of Corrections perspective, this legislation provides the tools to supervise and hold accountable defendants on pretrial and offenders on probation & parole,” said Alaska Department of Corrections Commissioner Nancy Dahlstrom. “Hopefully the term ‘catch and release’ will once again be used only when fishing and no longer a buzz word associated with criminal activity.”

“Governor Dunleavy has promised the Alaskan people that safety is a key priority of this administration.  Signing this legislation into law reflects his effort to fulfill that promise.  With the signing of this crime package, we are taking a stand and putting law-abiding Alaskans above the criminals in this state,” said Department of Public Safety Commissioner Amanda Price. “The tools that HB 49 provides our law enforcement officers will put Alaska back on the right track.  Alaskans deserve to be safe.”

“As prosecutors, our job is to seek justice, and that’s exactly what HB 49 enables us to do—give prosecutors the tools they need to seek justice in every case,” said Deputy Attorney General John Skidmore. “For the last few years, it feels like we’ve had one hand tied behind our backs. In some cases, we’ve been able to get the right outcome but in other cases, you have to watch someone be released that is truly a danger to society but the law required their release. Or you watch someone who needs intervention for substance abuse and you have no ability to incentivize the right behavior. HB 49 will give us back the tools and discretion we need to do our jobs.”

House Bill 49 was a collaborative effort with the Governor, the State of Alaska Public Safety Team, law enforcement officers, victims of crime and advocacy groups, prosecutors, and a bipartisan group of Legislators. Many of the criminal justice reforms signed into law today were part of the package of criminal justice reforms that Governor Dunleavy proposed earlier this year.

A summary of the changes are listed below: